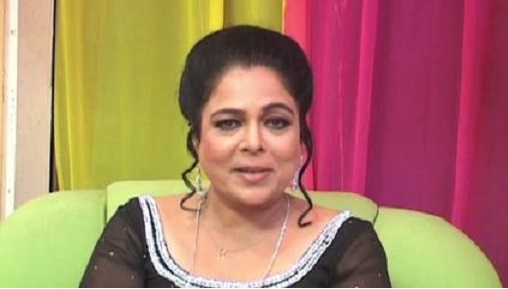 Reema Lagoo, A versatile veteran actress of close to 4 decades, Reema Lagoo had excelled in all mediums: Natak, TV and Films and both in Hindi and Marathi languages.

Originally from Pune, Reema’s original name is Nayan Bhadbhade. She was the daughter of Mandakini Bhadbhade, an old Marathi actress. She also acted in 9 films as a child actor. Her family includes her husband Vivek Lagaoo and she also has a daughter Mrunmayee Lagoo, who has acted in a few films.

In Hindi cinema, she was popular for playing Mother based roles. She has the unique record of playing to all the top 3 Khans of the Bollywood industry – Salman, Aamir and Shahrukh. Most Suraj Barjatya films featured her as a doting mother in Hum Apke Hain Kaun, Maine Pyar Kiya and many more.

In the 1990s, her roles in comedy TV shows Shriman Shrimati (Role of Koki Ji) and Tu Tu Main Main were very popular.

Reema Lagoo died at the age of 59 due to a heart attack on 18th May 2017. Her death was mourned by both the Marathi and Hindi showbiz industry.

TV Serials / Shows Acted Natak / Plays Acted Chitrapat / Films / Movies Acted Most Memorable Role Too many of them to name one!