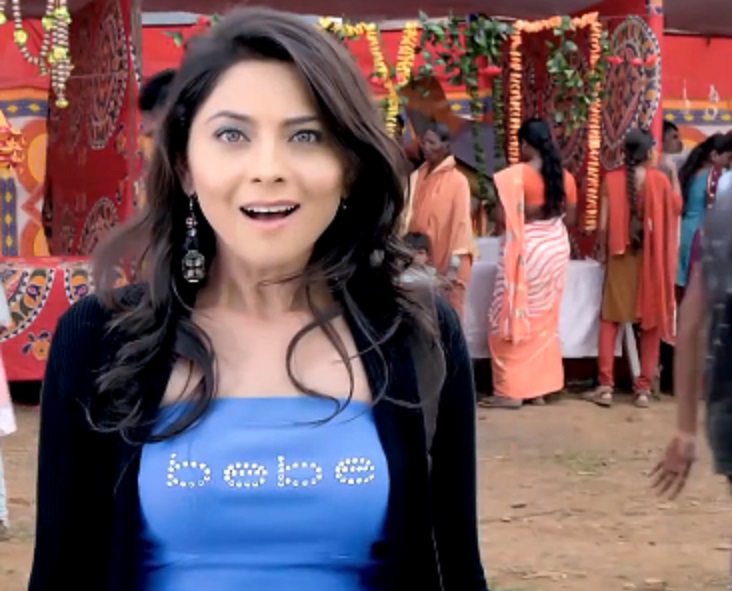 Sonalee Kulkarni is considered as one of the most beautiful Marathi actresses in recent times.

In her childhood, Sonalee lived mostly with her mother, as her father was in the Army and had to travel based on his posting. She was born and brought up in Pune.

Sonalee admitted to having difficulties in speaking Marathi well in her initial days as they spoke always Hindi at her home. Her primary education was done at the Army School and Kendriya Vidyalaya. Later, she headed to Ferguson College in Pune. She completed her degree education in Journalism and Mass Communication from Indira School of Communication.

Highly skilled in dancing, she started to learn the Bharatnatyam dance form from the young age of five.

Bakula Namdeo Ghotale was her first major film in 2007 at the young age of 18. In just her first role, she won the Zee Gaurav Puraskar in 2008. Prior to that, she also acted in an important role in a Marathi daily TV soap Ha Khel Sanchitacha for ETV Marathi in 2006. At that time, she was not fluent in Marathi and worked on it with the help of co-stars. Unluckily, the show was canceled after a period of just six months

She later did a few films but her biggest hit and dose of fame came with the song Apsara Ali from Natrang in 2010. She performed in 100s of stage shows and events later on for that song. In more recent times, Rama Madhav, Classmates, and Mitwa did well at the box office. Alongside this, she has done minor roles in a couple of Bollywood films.

Her hobbies include regularly working out and listening to music & of course watching films. With her acting, she has also endorsed brands like Tata Tea Gold, Vipul Sarees, PNG Jewellers & Be with Beti Foundation.