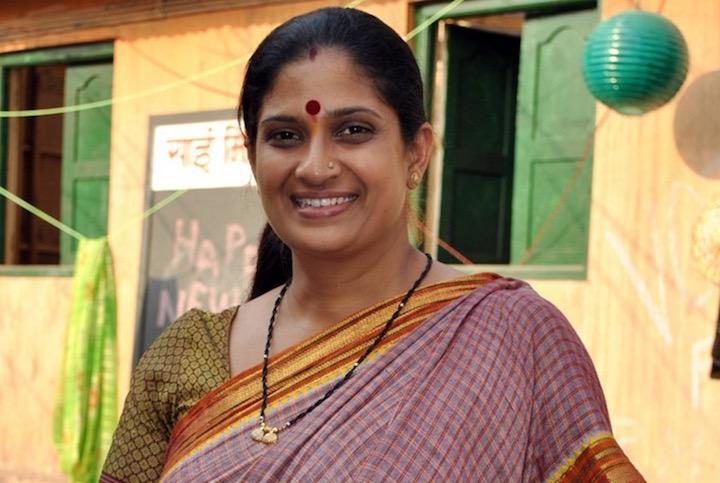 Originally from Aurangabad, Chinmayee Surve is an actress who has worked in over 25+ serials, films and nataks. As a child, she did not have access to television and grew up on radio programmes in her initial years.

She is married to popular actor Sumeet Raghavan. Their wedding anniversary is on 8th June 1996. They meet on the sets of the natak – Jwalamukhi. They have also two children – Neerad Sumeet and Deeya Sumeet. Both their children attend Marathi medium schools.

Predominantly a theatre actress, she did her first daily soap in Hindi in 2010. She is fond of reading and her pet name in Chinu.