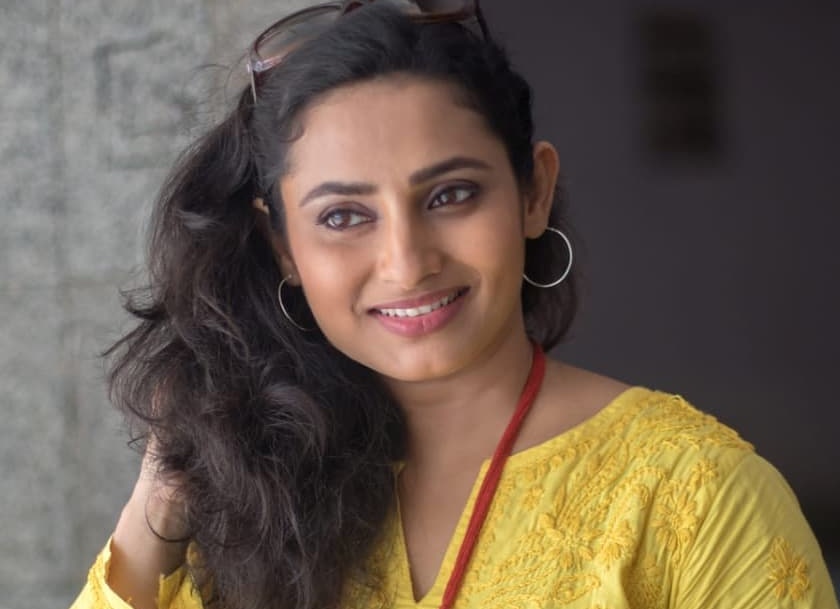 Pallavi Kedar Vaidya is a popular actress working in Marathi/Hindi film industry from Mumbai. She is the daughter of parents Balkrishna Bhave & Archana Bhave. She is the younger sister of actress Purnima Talwalkar. Purnima Talwalkar is a well-known actress, well-known for her role in the Zee Marathi serial ‘Honar Sun Me Hya Gharchi’.

Her height is around 5 feet 5 inches. Her husband Kedar Vaidya is a director known for his works in the Marathi TV industry. Athang Vaidya is the son of Pallavi & Kedar.

Pallavi has completed her schooling from I.E.S. GIRLS SCHOOL NO. 2, DADAR, MUMBAI. She completed her graduation from Guru Nanak Khalsa College of Arts, Science & Commerce.

Vaidya has acted in many plays, TV shows, and movies. She got the recognition from Zee Marathi serial Swarajya Rakshak Sambhaji as ‘Putalabai.’ Recently she was awarded Rajmata Chhatrapati Shivaji Bhosale Art Gaurav Award. She likes to hear music in her spare time.