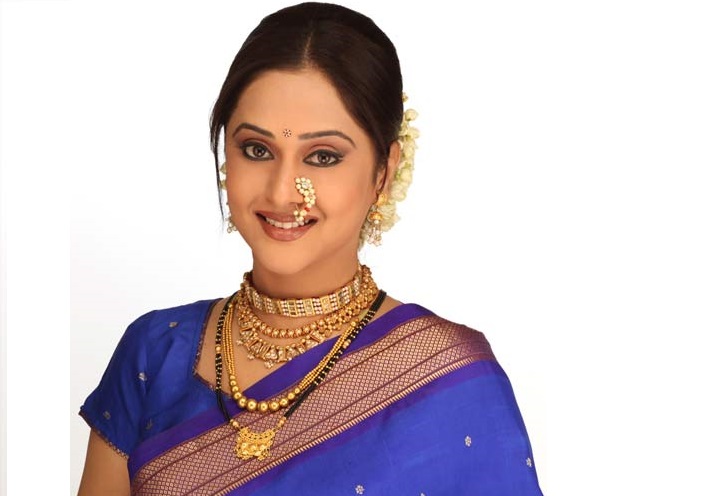 Mrinal Kulkarni is a Marathi actress who gained fame in both Hindi as well as the Marathi industry. Mrunal was popular as Son Pari in the early 2000s.

Parents : Mrinal’s mother and father were professors at the University of Pune, and her Grandfather was a writer.

At a young age of 17, in her college annual gathering Srikant Moghe, a famous actor-director spotted her and gave her the first role of Ramabai. When she began, she had a very strong Marathi accent and had to work on her voice lessons before entering Hindi serials.

For her education, she completed her Masters from Pune University. After graduating, she married her close friend and took a small break of 2-3 years from the world of acting.

Mrinal is famous for playing a number of historic characters throughout her career – Draupadi, Ahilya Bai Holkar, Ramabai, Jijabai and so on.