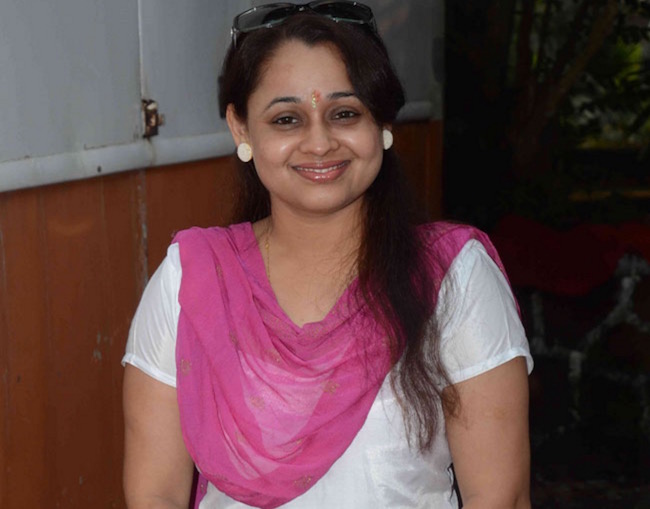 Sonalika Joshi is a popular Marathi and Hindi television and film actress.

If television is a body, then Taarak Mehta Ka Ooltah Chashmah is the funny bone. It has become the crown in SAB TV’s network thanks to its unforgettable characters. One such character is Madhavi Bhide played by Sonalika Joshi without whom the show would have been incomplete.

In real life, too she is like her character of Madhavi as she is a simple fun loving soul. She lives in Mumbai with her husband Sameer Joshi and has a cute, school going daughter named Arya Joshi.

Anchoring and drama are her favorite activities. Her sporting nature was evident as she posed in a air hostess cap in Award show. Her faith in God is strong and her family is most significant to her.

Sonalika Joshi is not a new name in acting. She started her career with theatre where she performed in many plays. She also appeared in about 20 Marathi serials and few TV advertisements. Waras Sarech Saras was a comedy Marathi film she acted in 2006.

But the role which made her truly popular, without doubt is of Madhavi Bhide. Her character has become indispensible in this hilarious show. Her character is that of an adorable Maharashtrian lady who runs a business of selling pickles and papads in which she involves her husband Atmaram Bhide, played by actor Mandar Chandwadkar. She is fond of Jethalal’s son Tappu whom her husband detests.

Sonalika entered the show in 2008, but she quickly get into the skin of her character. In 2015, her anchoring skills were mind blowing when she hosted SAB TV’s fourth edition of SAB Ke Anokhe Awards. She interacted with her many fans and later opened the show by performing on a medley of songs. She believes that the award show celebrates the uniqueness.

For her, nothing is more unique than her show Taarak Mehta Ka Ooltah Chashmah. No wonder it is the longest-running sitcom on TV.

Considering her acting caliber and the popularity of the show, it won’t be surprising if this show stays on for another 500 episodes. Hopefully, her papads and pickles will continue to make our lives delicious.