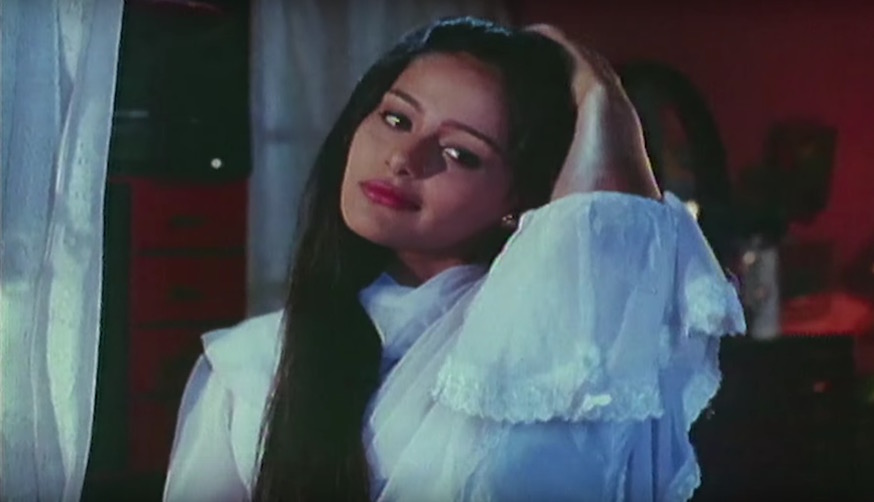 Mayuri Kango is a retired Bollywood actress, who became famous in the 90s for her role in the movie Papa Kehete Hai opposite actor Jugal Hansraj. The song Ghar Se Nikalte Hi..Kuch Duur Chalte Hi was shot on her.

Mayuri Kango was born in Aurangabad in Maharashtra, India. Her family included her parents – Father Dr Bhalchandra Kango was a Communist Party leader and her mother Sujata Kango was active in theatre and TV.

Her father contested the 2014 Loksabha elections and her mother has played a role in the TV show Char Chaughi.

Mayuri’s education and schooling happened in Aurangabad itself. She went to the St Francis High School followed by Devnagari College. Her motivation of becoming an actress, came from seeing her mother perform in plays.

She had been selected for IIT Kanpur, but preferred being an actress, because she thought getting an Degree of Arts will be easier, as compared to the time-consuming engineering course. After her first hit film, she never attended college regularly.

Mayuri got married on 28th December 2003 to Aditya Dhillon and later shifted to New York, thus ending her bollywood career.

In New York, she got an additional MBA degree in Marketing and Finance from the Baruch College. She has a young son named Kiaan.

Just at the age of 15, when Mayuri was in the 10th Standard, she received her first bollywood break. She initially refused this film because of studies, but later accepted it.

Seeing her performance, director Mahesh Bhatt was impressed and offered her the movie Papa Kehte Hai. The film was a hit, and Mayuri followed up with performances in movies like Betaabi, Hogi Pyaar ki Jeet and Badal. She made a total of 16 films in her short career, though many of them were never completed or released.

In the early 2000s, Mayuri shifted her attention to television. She acted in a number of serials – Dollar Bahu, Thoda Gam Thodi Khushi, Kya Haadsa and Karishma – A Miracle of Destiny.

In 2011, she shifted back to India and now lives in Gurgaon. After ending her career in acting, she entered the world of digital advertising. She has worked for big digital marketing firms like Digitas, Resolution Media, 360i.

In 2016, she became the Chief Digital Officer of Zenith Optimedia & Managing Director of Performics in Gurgaon.