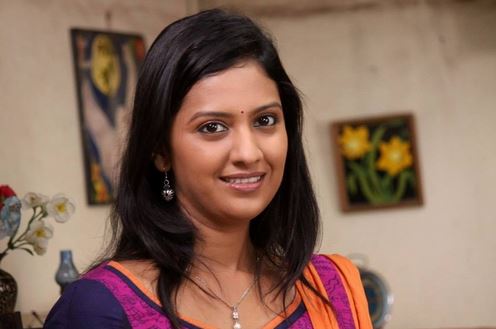 Originally from the town of Dombivli near Mumbai, Tejashree Pradhan completed her education from the Chandrakant Patkar Vidyalaya.

Hya Gojirvanya Gharat was one of her first serials.

She later played the lead role in ETV Marathi’s show Lek Ladki where she played the role for more than 800 episodes.

However, Tejashree truly found big fame with the role of Janhvi in superhit serial on Zee, Honar Sun Me Hya Gharchi. Her pairing with Shashank Ketkar, who played the role of Shri, made the Shri – Janhvi Jodi a super hit among the audience.

Though most popular for her TV roles, Tejashree was also seen in the movie Dr Prakash Amte as the young Manda Amte. Some of her other film performances include roles in Ti Sadhya Kay Karte, Zenda and Lagna Pahave Karun.

She also starred in a Natak along with Prashant Damle called Karti Kaljat Ghusli. In 2016, she appeared in the Hindi TV show on Colors – ‘Comedy Nights Bachao‘.