Carolyn Gracie is an American radio announcer and TV host who has been working in the industry since the early 1980s. She is most popular as a presenter on QVC, one of the largest home shopping networks. 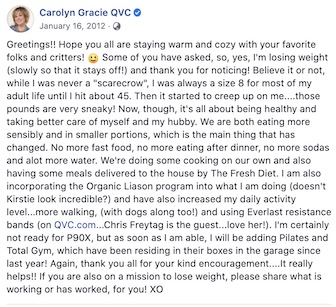