Name Shivani Rangole | शिवानी रांगोळे Birthday / Age / Date of Birth / DOB 28th October 1995. As of early 2020, she is around 24 years old. Marriage & Wedding / Husband / Boyfriend / Spouse Currently Not Married. Rumored to be in a relationship with co-actor, Producer, and Entrepreneur Rohit KaduDeshmukh., who is the grandson of cine actress Usha Chavan.
Biodata / Wikipedia Information 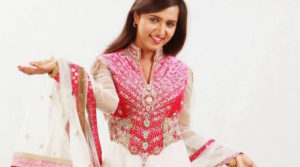